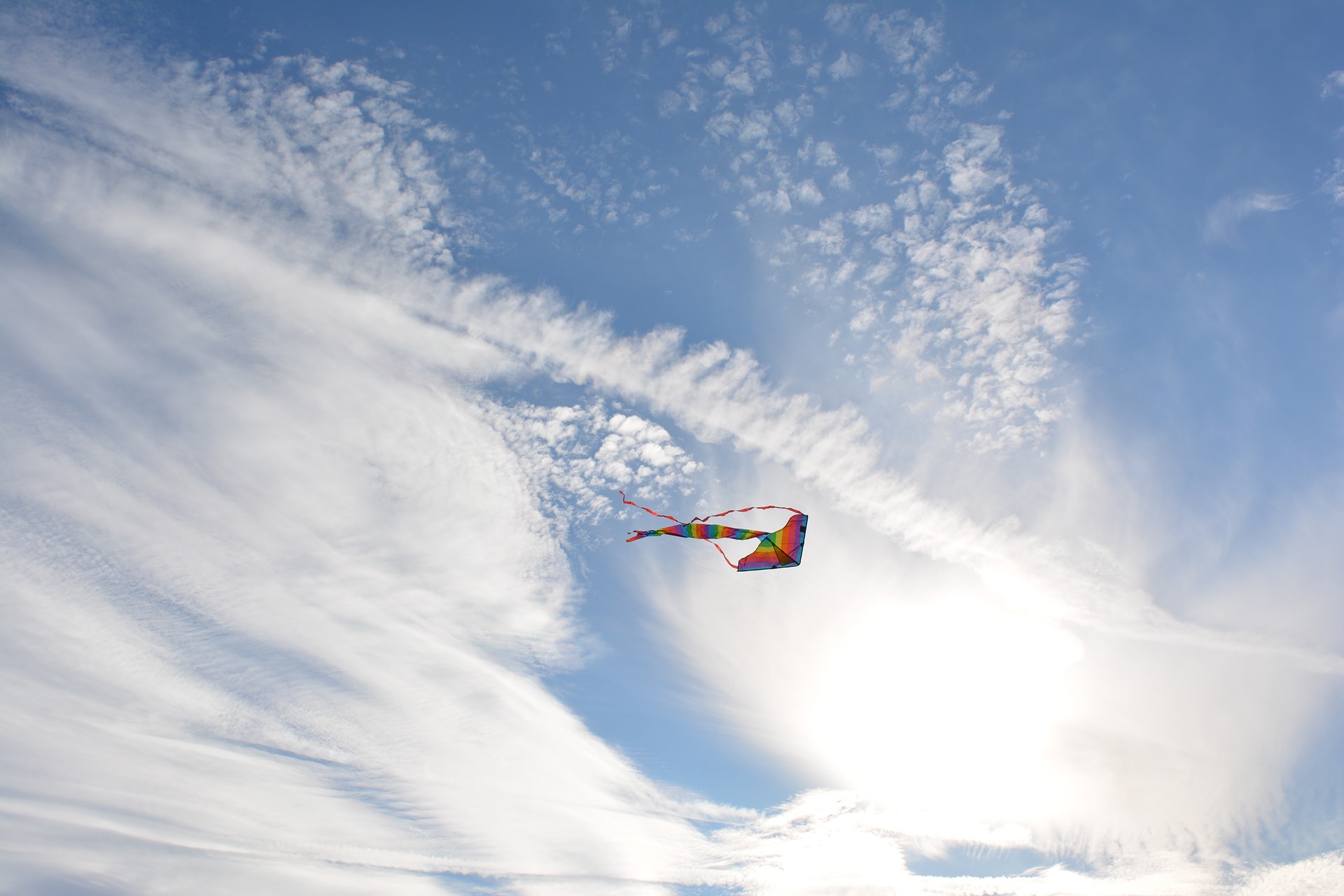 I remember one year my brother and I decided we absolutely had to have one of those cool plastic painted kites for three dollars, and my Dad, for whatever reason, acquiesced. The day was windy, and a manly sea-breeze blew from East to West, parallel to the beach, as if it were doing that bodybuilding pose where you turn to one side and everyone can be amazed that you not only have biceps but that even the muscles on your back have muscles on them.

After six and a half minutes of watching the kite be aloft and wheel to and fro in the sea breeze, both of us were bored and alerted our parents that we were ready to do something else. My father, rightly peeved, grabbed the controls and took over kite enjoyment duties. On a whim I urged him to let out some line and see how high that baby could fly.

It was already very high.

My Dad obliged, probably curious as well, and we watched as the kite soared what seemed like miles up into the stratosphere. Which is where, predictably, in that masculine wind, the almost quality string snapped and the kite dive-bombed like dignity or respect in this modern world over the middle of the Atlantic Ocean.

My Dad was always cheap and was certainly not going to let three dollars go to waste. One time he picked us up at the golf course and, because my friend Scott wanted to ride in the car to our house and not on his bicycle, took 50 cents to drive my friend there and hold the aforementioned bike out the window the whole time.

As I said the kite had been VERY high, and was now out of sight around the curvature of the Earth. I think my father was gone for the next four hours, but he did come back with his three dollar kite.

Which we never flew again.

soon to be updated

This homepage is meant to be a creative outlet for the author’s twisted, degraded, and wholly irresponsible mind.  None of his opinions or arguments should be confused as facts, or even, like, read.

Should you find yourself in a similar position, as in you’re traveling a lot and would like to share your thought, I highly recommend the writer’s guidelines I’ve used.  Link is here:

– you should definitely check out GoNOMAD.com!